True love - is it an old fashioned concept?

I don't know but Bharat Bala at least doesn't think so. I appreciate him for that. In perhaps his first attempt at directing a full length commercial film, Bharat Bala comes across as this honest artist who still believes in the good things in life, true love for instance.

Maryaan is the story of a young braveheart from a coastal village in Tamilnadu, who is forced by circumstances to seek a job in a foreign land, hundreds of miles away from two things closest to his heart-the sea and his girl. What leads him to go that far is one half of the story and a terrible incident that happens while he is there, forms the second half.

As always Dhanush, is brilliant but the leading lady Parvati is a huge surprise. Just not a pretty Malayali actress with large doe-like eyes and luscious hair but also loads of talent. She matches her on-screen lover in almost every sigh and every stolen glance.

And Dhanush. I don't know if he moulds his roles into the cast of his body or if his physique moulds itself around his characters. Whatever it is, he knows how to use his eyes, voice and body, even his hands. The director has completely depended on Dhanush to give this character the much needed conviction and push. And Dhanush hasn't failed in his duty. I must say Dhanush picks up his roles with care. He obviously can't do a superhero or a nattamai. Aadukalam, 3 and now Maryan. I'm curious to see how he's going to further his career graph from now.

Coming back to the film, there are many beautifully thought out scenes, like the imaginary feast Maryan lays out for his friend, the hallucination scene and the cute church scene. Oh yes, and the way Maryan reacts when he all of a sudden 'sees the sea'. Then, the scene where the heroine instinctively knows her lover is safe and goes off into a state of trance as if she were drugged. I will linger a little longer here because these are moments when a director strikes a chord with his viewers. Extremely well played by Parvati with the aid of some great camera work. Yes, there must be this thing between  lovers - soul connection, and of course there are still people who believe that love is a drug that makes one blind to any impending danger. Throughout the movie, there is so much emotion happening but there's no melodrama, right up to the last scene in the way Panimalar (that's the heroine's lyrical name in this film) registers her lover's presence next to her.

The story line might drag a little here and there. There isn't much for the audience to do when there isn't much happening on screen itself - there are no bad guys to fight with, there is no one to even say a word to...for a while, nothing much really happens. Fortunately, the story picks up tempo and the audience sits up too, guessing what might happen next.

A R Rahman. Hmm...must have had a great time working with his good old friend. The most striking thing about the music of this film is the simplicity. I am sure it takes a lot of effort to be simple. No complicated harmonies. Just a few simple instruments put together. The inspirational chartburster Nenje Ezhu, thankfully has been picturised well. O ye, oyelle has this strange mix of folk and pop which doesn't sound great on first hearing. The song that makes you sit up is Innum Konjam Neram. This song has a beautiful old-world feel to it-the lyrics as well as the tune. Sakthishree Gopalan was so good in Kadal that he had to give her another shot with the haunting Enge Pone Raasa. The background score is very good in parts. After all how much creative can you get when every villain in every movie HAS to have his own personalized 'theme score'. Rahman still achieves the desired effect. The score for the scenes between the lovers is kept simple...as simple as the lovers themselves.

Just like how the music felt like vintage ARR, the film in general had this vintage Mani Ratnam feel to it.

There are parts where the movie could have been better. I wish the poor girl was not bashed up so much, at least by her lover. Its just not right. Then, the heroine's voice, rather the diction. Not sure if she has dubbed herself, but her voice sounds too urban for a village belle. Her English words sound totally convent educated. Notice the way Dhanush says 'yemty graundu' and the way she repeats it later. Like I said, the pace and the wrapping up could have been much better. It reminds me of my Fiction paper in my degree examination where I would luxuriate in the first 2.5 hours, elaborately quoting, analyzing, imagining  and delving deep into the littlest detail. Suddenly I would be jolted out of my dream by the stern examiner's unemotional voice "10 minutes more" and I would go into panic mode, realising there's so much more to write and so little time. My essays would end up looking like short answers! That's what happened to the ending of the movie.

Last word: If you believe that love is Mariyaan (one without death), go and watch it. If you are going to snigger at those who do believe, stay at home. 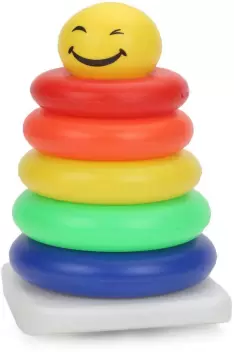